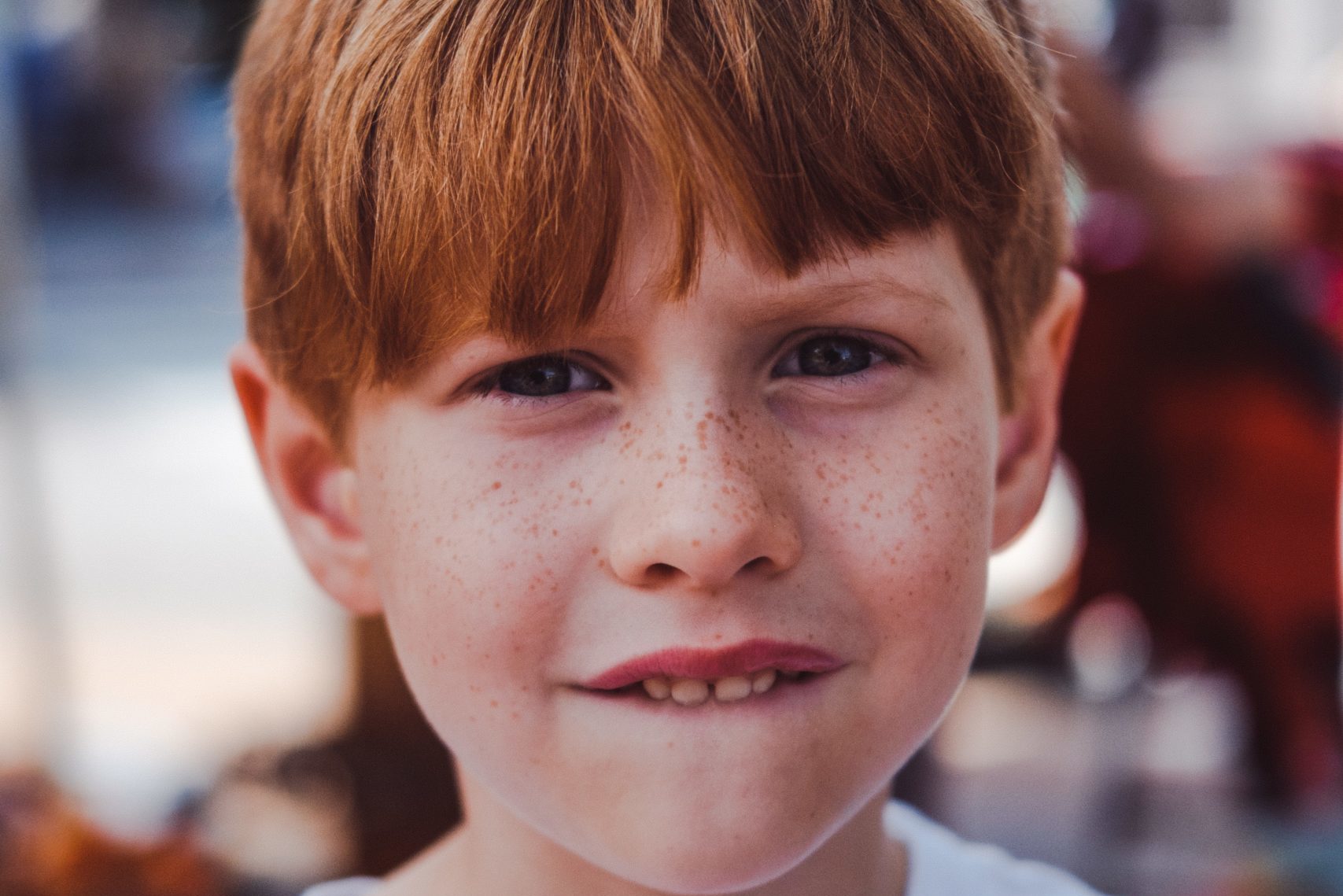 Melanocytic nevi, or commonly known as moles, are usually benign in children and nothing of concern. New moles may appear during childhood and into early adulthood. It is normal for moles to darken or lighten over time. Some might fade away completely.

As your child grows, moles get bigger in proportion with the growing body. The changes that occur in a mole are very common in children but may rarely be a sign of melanoma. However, it should regularly be monitored by your dermatologist.

Melanoma may occur in young children but is rare.  However, when caught early melanoma can be highly treatable.

The following signs and changes in a mole can help you distinguish when it is necessary to see a dermatologist:

A mole that is changing

It is normal for a mole to grow at the same rate as a child, but a mole that is growing or changing colour or shape rapidly can be a worrisome sign. A mole that stands out when compared to other moles is known as the “ugly duckling sign”.

A mole that is dome-shaped, has an irregular border, or is composed of different colours

A spitz nevus is a type of mole that appears at birth or between the age of 10 to 20 years old. It is a benign mole. It looks raised and round with a pink, red, tan or brown colour. The raised portion can have a smooth or rough surface and may bleed if the surface breaks open. A spitz nevus can mimic a melanoma clinically and microscopically, and it may be difficult to distinguish between the two. This type of mole needs to be checked by a dermatologist.

A mole that bleeds

Moles that are raised can catch on something (e.g. items of clothing) and become irritated. This is typically nothing to worry about.  However, a bleeding mole or a mole with a break in the skin can be a sign of melanoma and should be checked by your dermatologist.

A child who has many moles

It is normal for children to get new moles, and this can still occur into early adulthood. When a child becomes an adult it is standard to have between 12 to 20 moles. However, if your child has more than 50 moles, they should be under a dermatologist’s care. Some children who have numerous moles could develop melanoma early in life. Regular check-ups are necessary to pick up any changes in existing moles or to examine new moles. If melanoma is caught early, it is highly treatable.

Most melanocytic nevi (moles) are round or oval spots smaller than the eraser on a pencil. Some children may have larger moles and these moles can measure 20cm in diameter or more. Children are usually born with these types of moles, but it may also occur shortly after birth. A large or giant mole increases the child’s risk of developing melanoma at a young age. Children with large or giant congenital moles should consult a dermatologist.